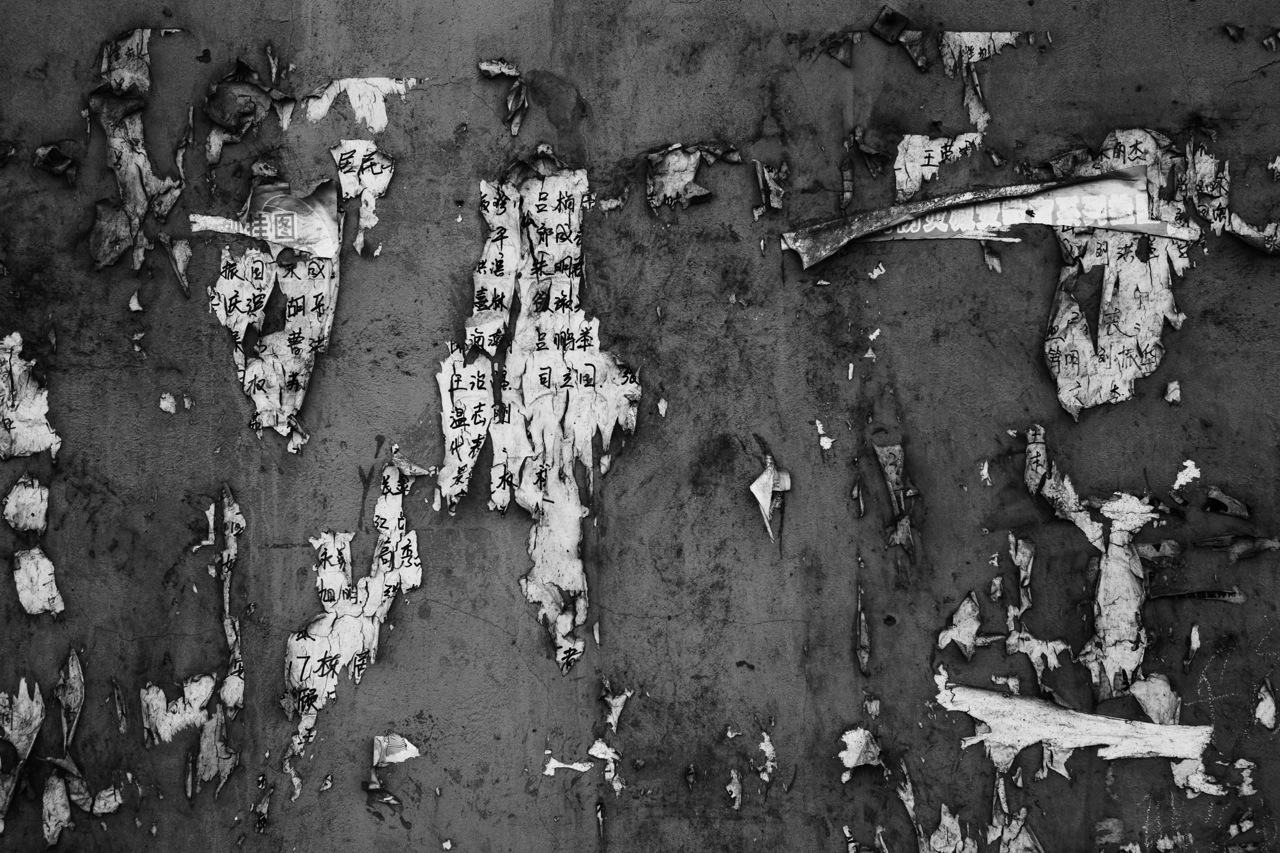 Ripped off posters remain at a wall of a house in the working class area that is facing demolition to convert to luxurious residential buildings, in Harbin, Heilongjiang Province, in China's North East. Like other areas in China, this region is in the real estate boom, but working class people are often grabbed their land unfairly.