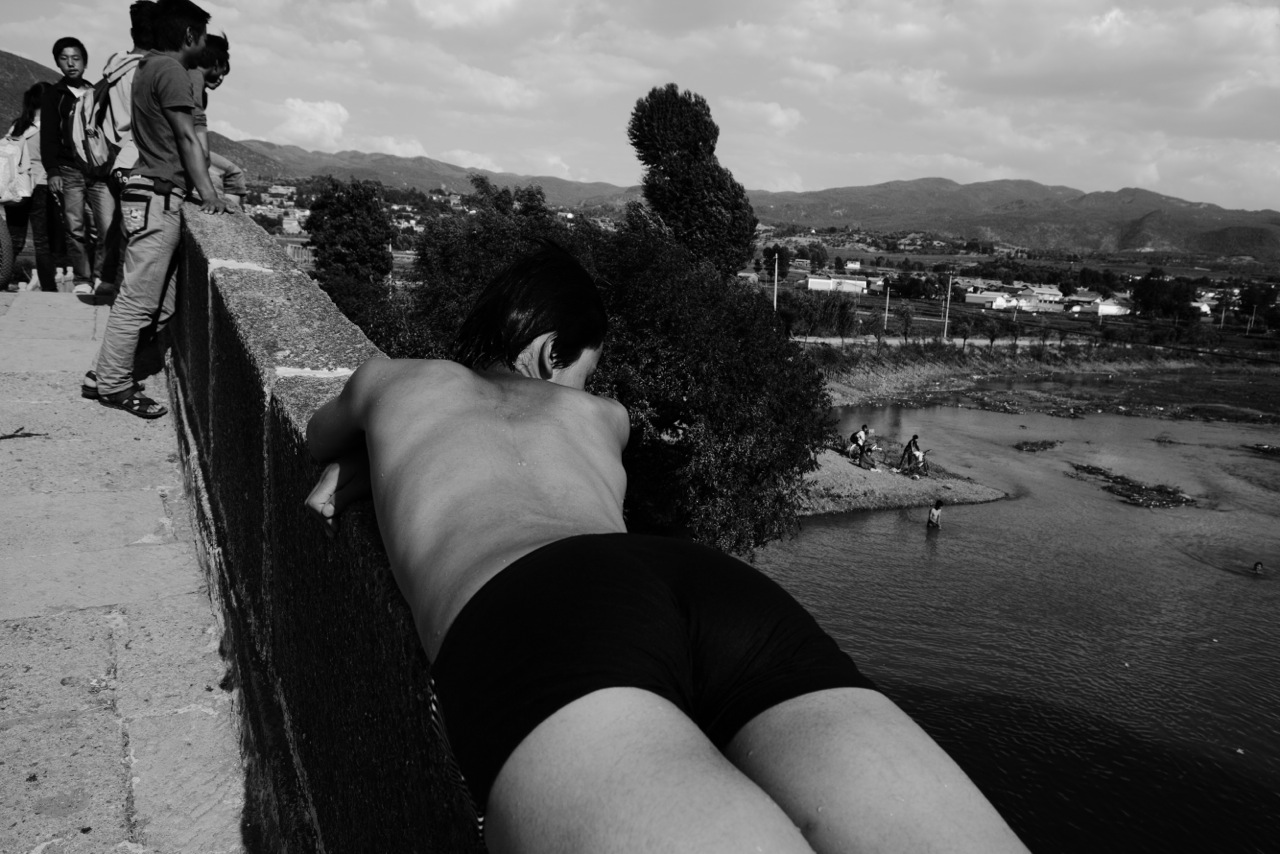 Ethnic Bei school children are hanging out at an old stone arch bridge in Shaxi. In 8th to 9th century, Shaxi was part of Nanzhao, a glorious kingdome of Tibeto-Burman people. Then it prospered during the Ming and Qing dynasties. After the heyday of Tea-Horse Over the first 50 years, the village descended into backwardness, obscurity and poverty, while much of the local population left for work in the bigger cities. It wasn't changed until year 2001 when the World Monument Fund listed Sideng Market and many of the old wooden temples, theaters and homes in the region together as the "Most Endangered Sites". However most people in the village still live in poverty.