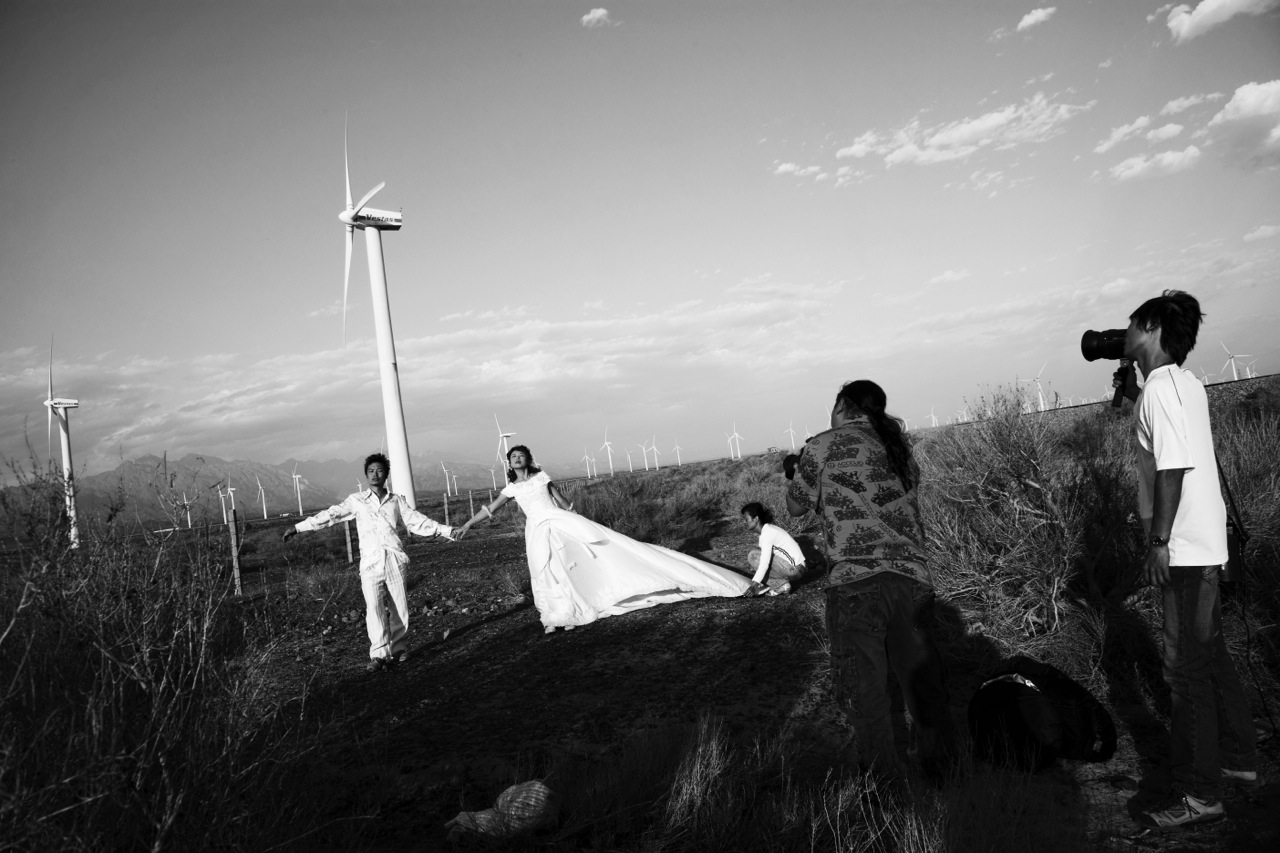 A photo cession for a Han-Chinese wedding advertisement is taken in front of wind turbines, as the Chinese modernization projects or Chinesefication advances in Xinjiang.

Xinjiang is 20 million populated Chinese province with rich natural resources, such as Oil and gas. Its absolute majority used to be Uighurs – most them Muslims, but they have become minority, making up less than half of the population due to years of Han-Chinese migration. Uighurs often complain that Han-Chinese migration into the province has diluted their culture and marginalised them economically, with discrimination and unfair division of the region’s resources. In such circumstances, the 2009 July riots, which left at least 197 people dead, erupted. And still such incidnets are continuously erupting.