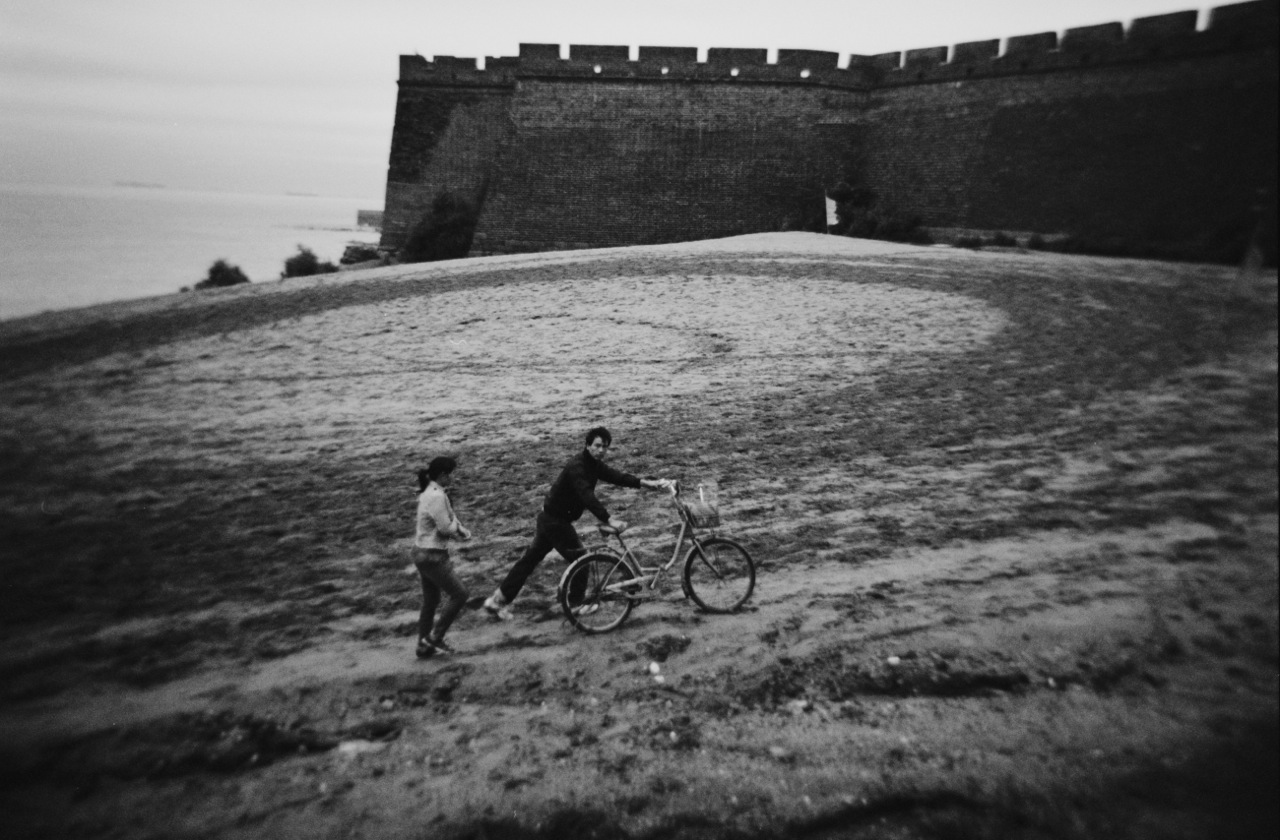 A couple, with a bicycle, walks near Lao Long Tou, or Old Dragon's Head, in Shanhaiguan that had experienced many severe fightings in the history between the Han Chinese and people from the North, such as Khitns and Manchus. Lao Long Tou is the starting point of China's famous Great Wall and at the point the wall meets the sea. The lands to the North East of the Great Wall was once called Manchuria.