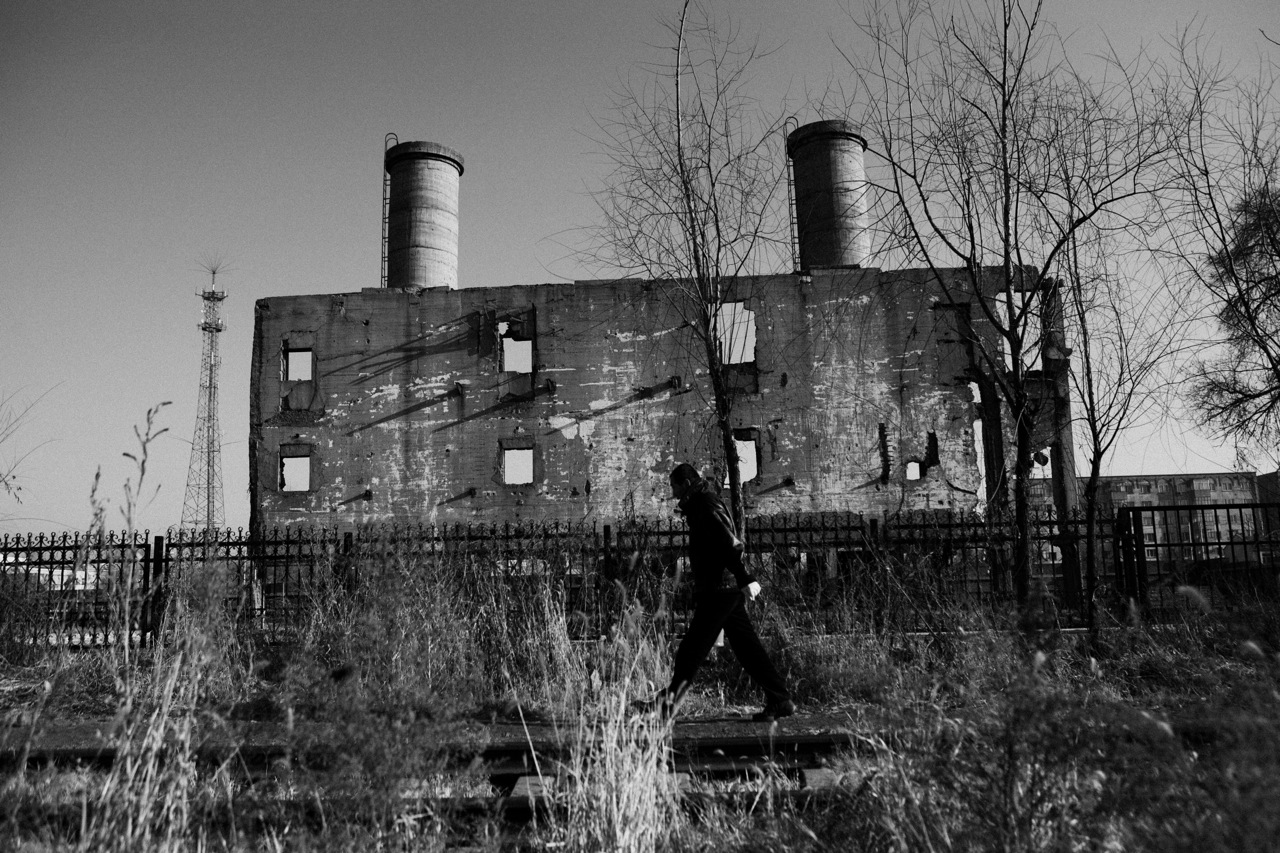 A man walks near the remains of the boiler building at the former complex site of the Unit 731 -- a covert biological and chemical warfare research and development unit of the Imperial Japanese Army that allegedly undertook lethal human experimentation during the Second Sino-Japanese War (1937–1945), or the World War II era. Harbin, China's North East.