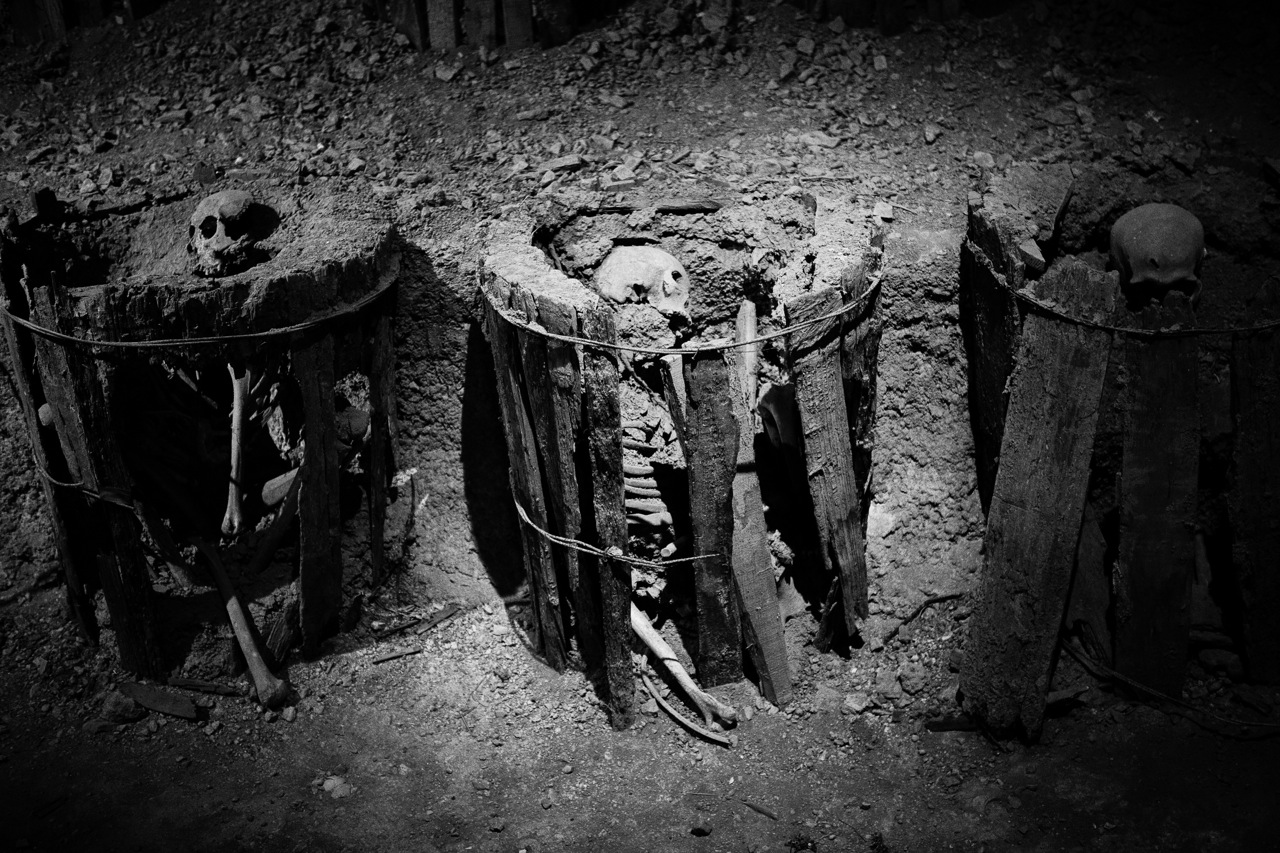 Skeltons remain in Lushun Japan-Russia Prison Site in China's North East, as the war with Japan and the occupation are remembered by many people of the region.