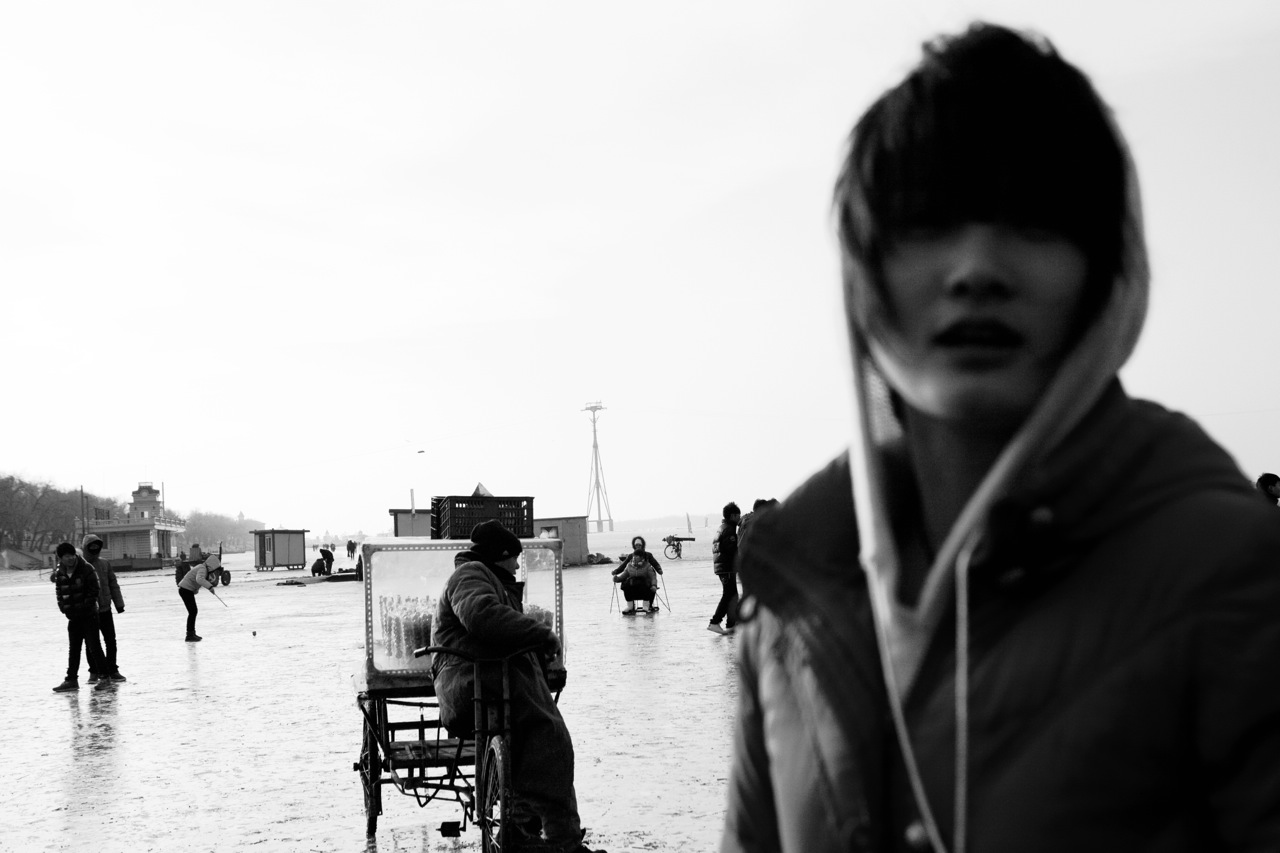 People enjoy themselves in the frozen Songhua river in Harbin, where history had witnessed wars and the related migrations, and now people are facing the economic upheaval. China's frigid remote North East.