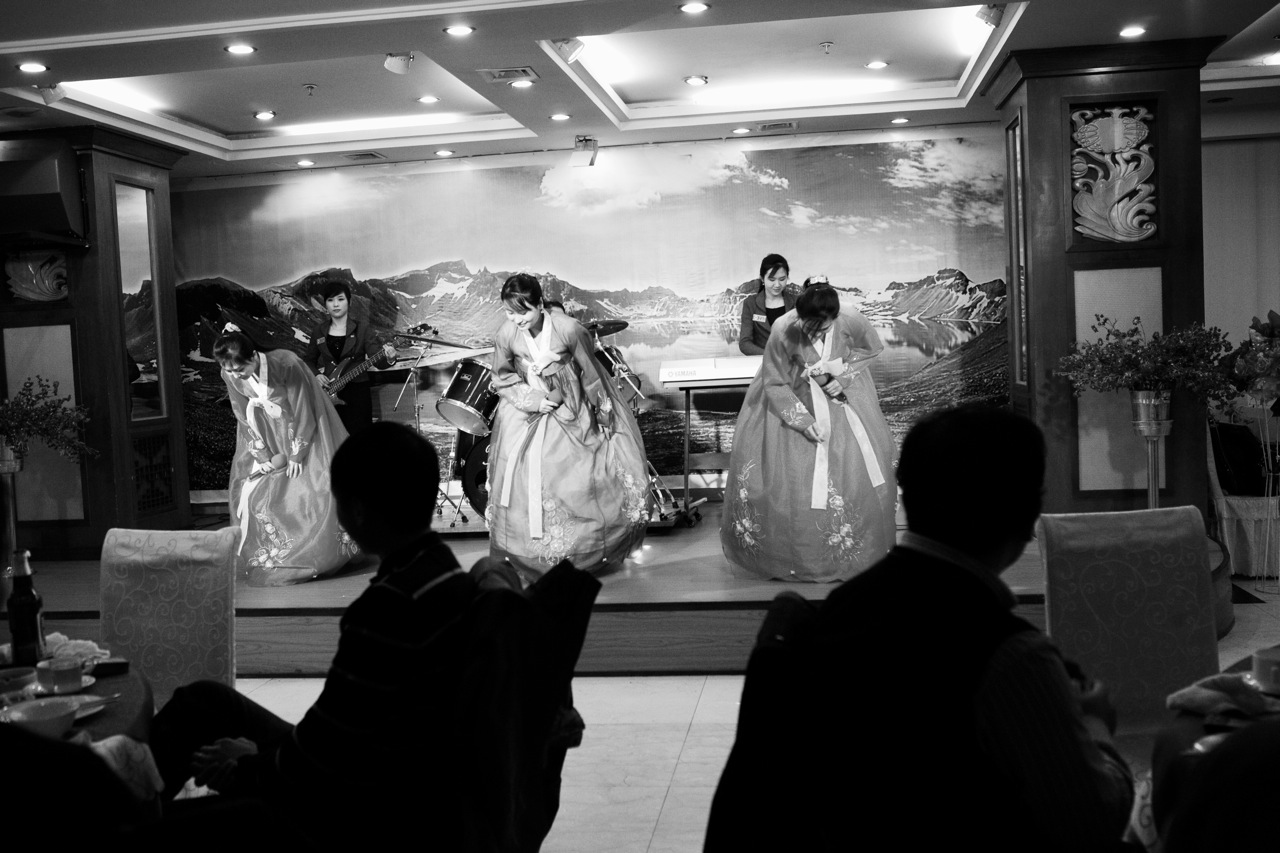 North Korean women bow after the singing and dancing at an expensive North Korean restaurant in Shen Yang in China’s North East. Some part of Manchuria were once Goguryeo, an ancient Korean kingdom, due to the reason there are many Koreans Chinese or Korean tribes in the Chinese term, and now a certain number of Koreans from North Korea come to work in this region like this image.

China's North East was once called Manchuria. The region was at aa crossroads that was manipulated in history, including the occupation by Russia and Japan. And now the area is facing upheavals due to the globalization with China’s rapid economic growth itself, creating the gap between the rich and the poor and even more unemployment.