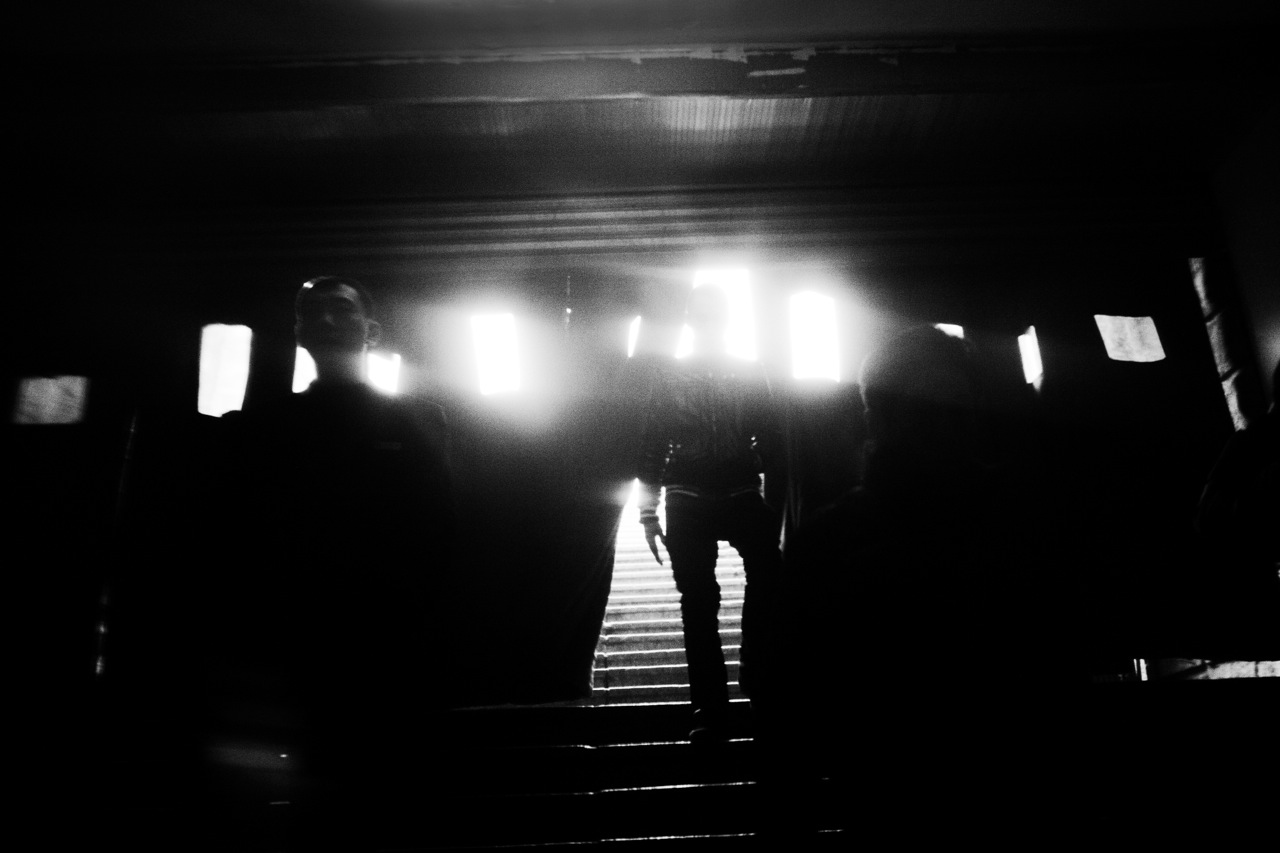 Rich and urban youths enter an underground shopping and entertainment place in Dalian in China's North East, during the frigid winter.