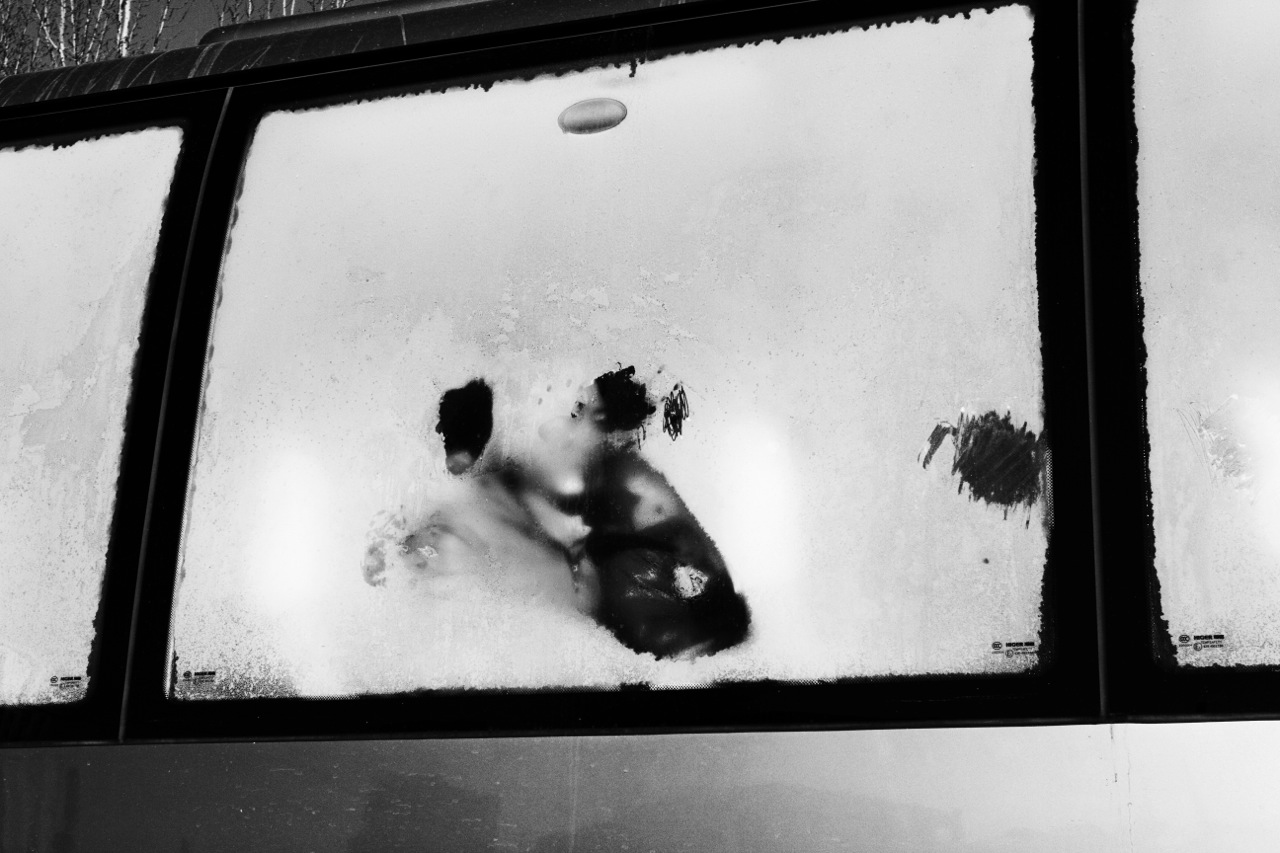 A woman is slightly seen through a frozen window glass of a bus in the extremely frigid and remote town of Jidong in China's North East where many people still remain in poverty.