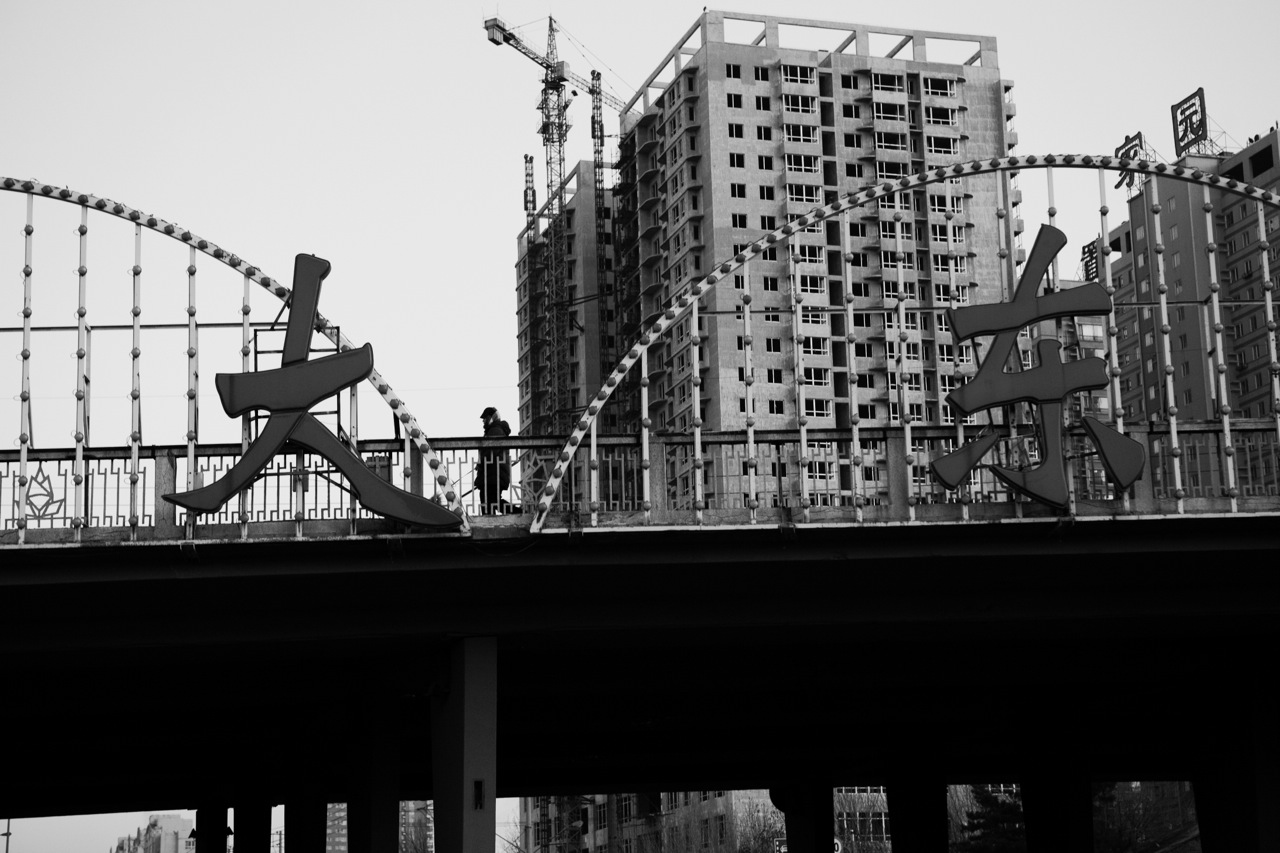 Hight rise residential buildings are constructed and a man walks on a highway bridge, Shen Yang, Liaoning province, in China's North East. In 1931, near the site, Kantogun, part of then Imperial Japanese Army, set up the railroad bombing, called as Liutiaohu Incident, or the September 18 Incident in the Chinese term. Desptie the fact it was a plot by Kantogun Army itself, it became a pretext of Japna's furterh invasion to China and of consequently creating Machu State, Japan's puppet state.