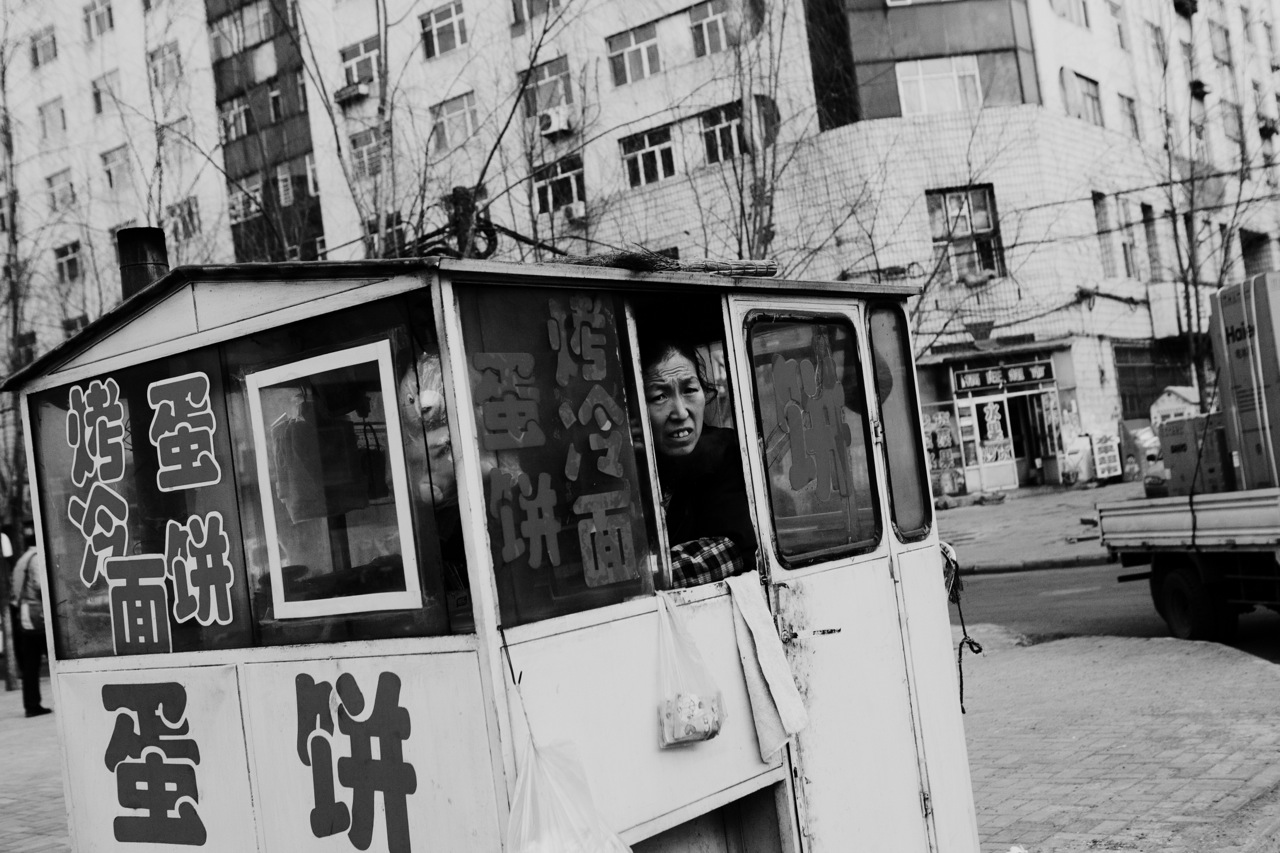 A food vendor looks on the outside in a very remote town of Jixi, Heilongjiang Province, as the business is very slow due to the frigid climate.