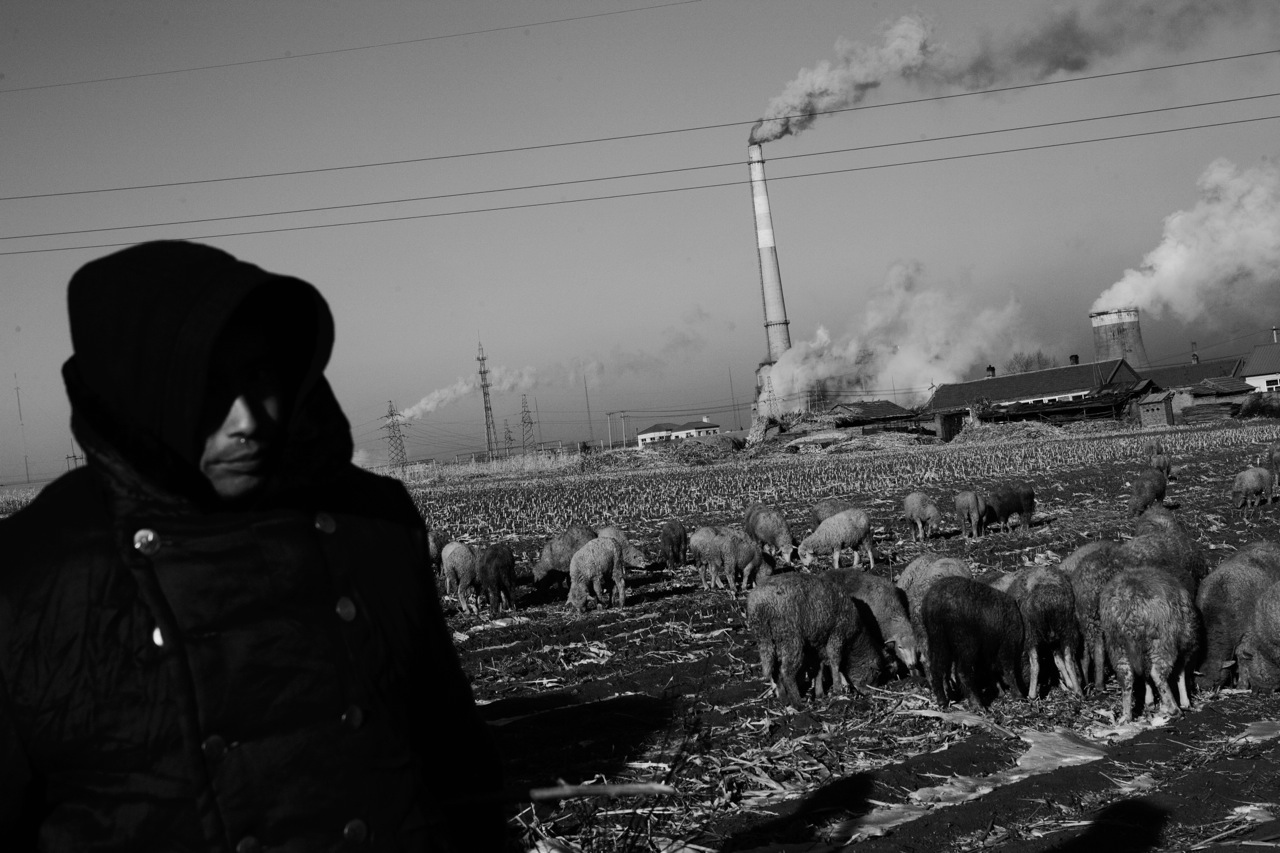 A shepherd stays near coal burning power plants at the suburb of an extremely frigid and remote coal industrial town of Jixi in China's North East where the majority used to be Manchu, Tungusic nomad people. Coal is a primary source for power, heating and cooking fuel in China in modern days, despite the environmental health hazards.