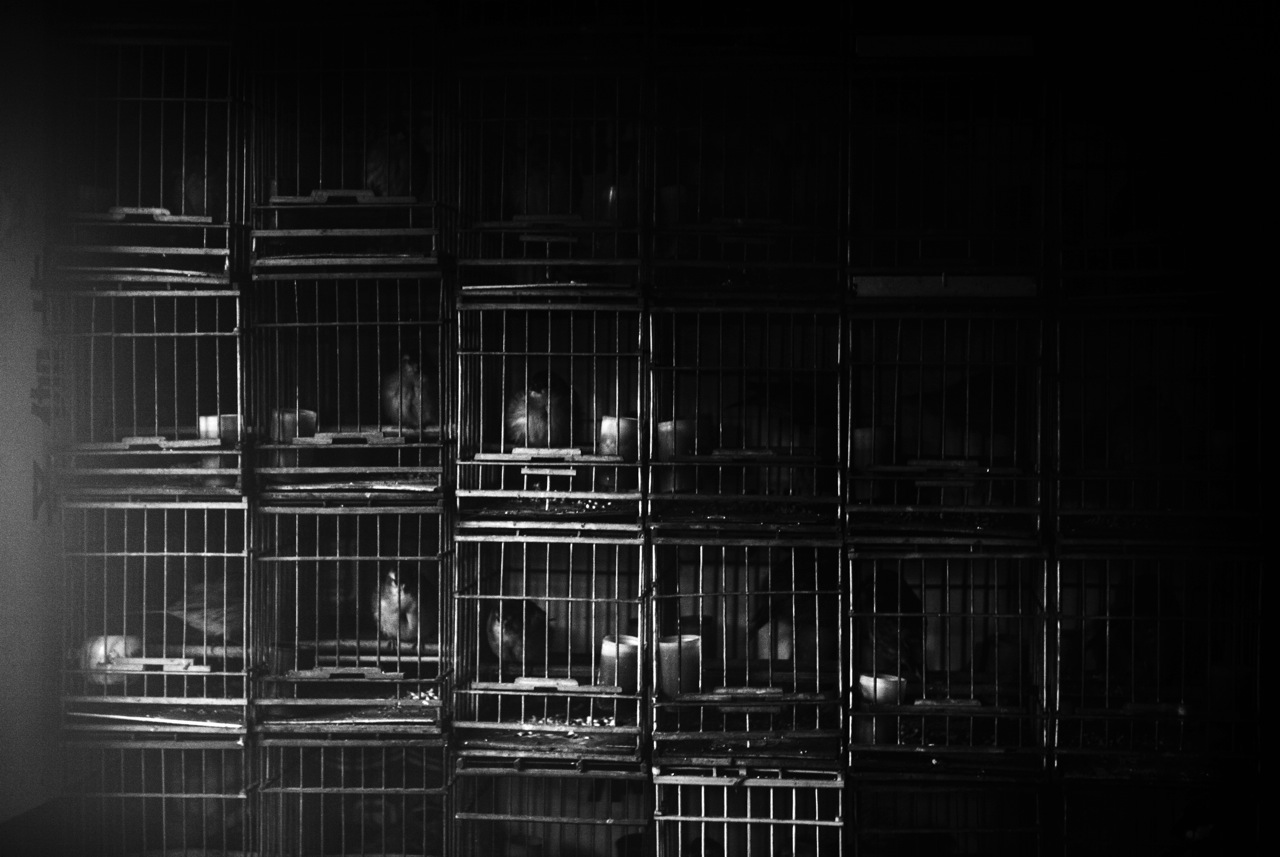 Caged small birds are for sale in a poor community of Harbin whose residents have been facing demolition often unfairly.