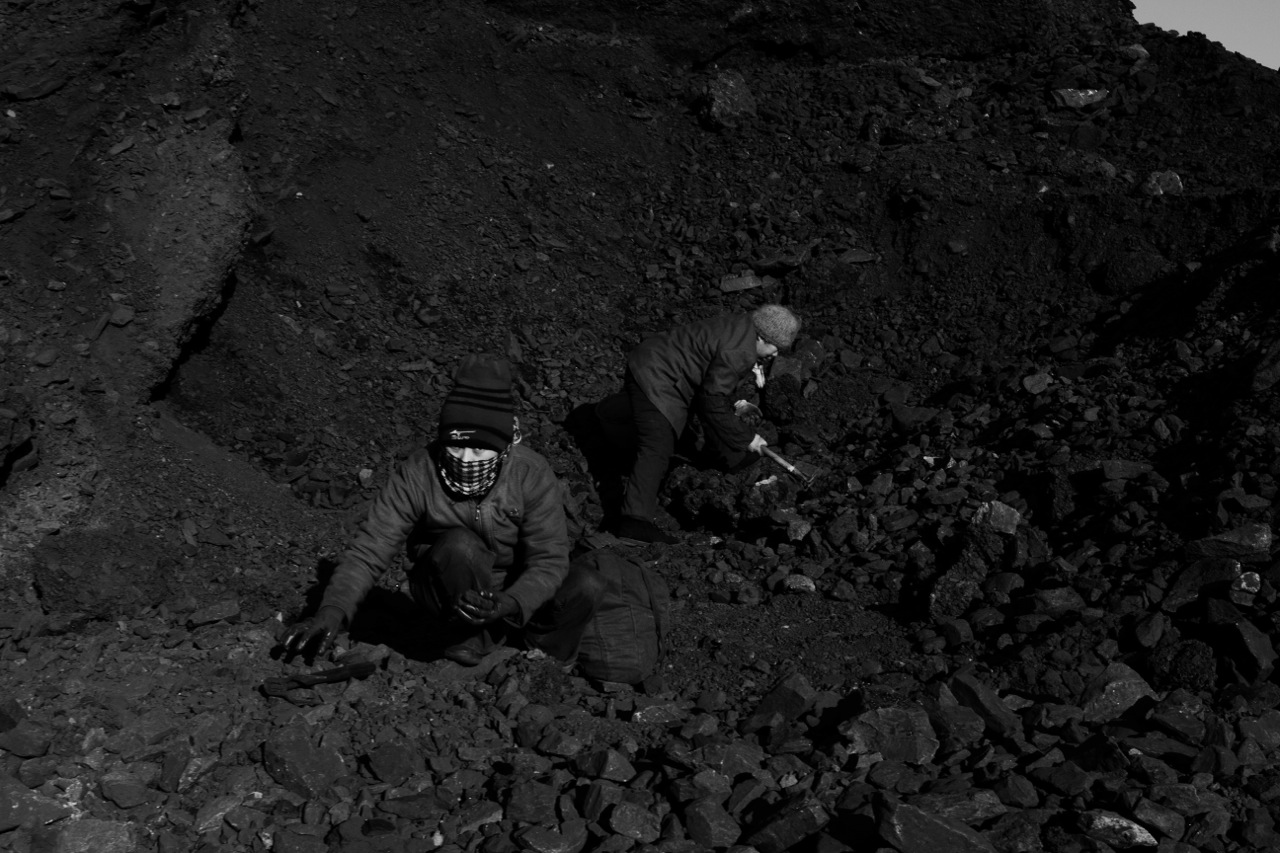 Women scavenge useable coals from a slag heap near a factory in Jixi to make home warm, in the frigid temperature - nearly minus 20 C or minus 4 F. Many of the remote areas, like Jixi in China’s North East, remain in poverty, despite China’s miracle economic growth for more than decades. Coal is still a primary source for power, heating and cooking fuel in China, despite the environmental health hazards.