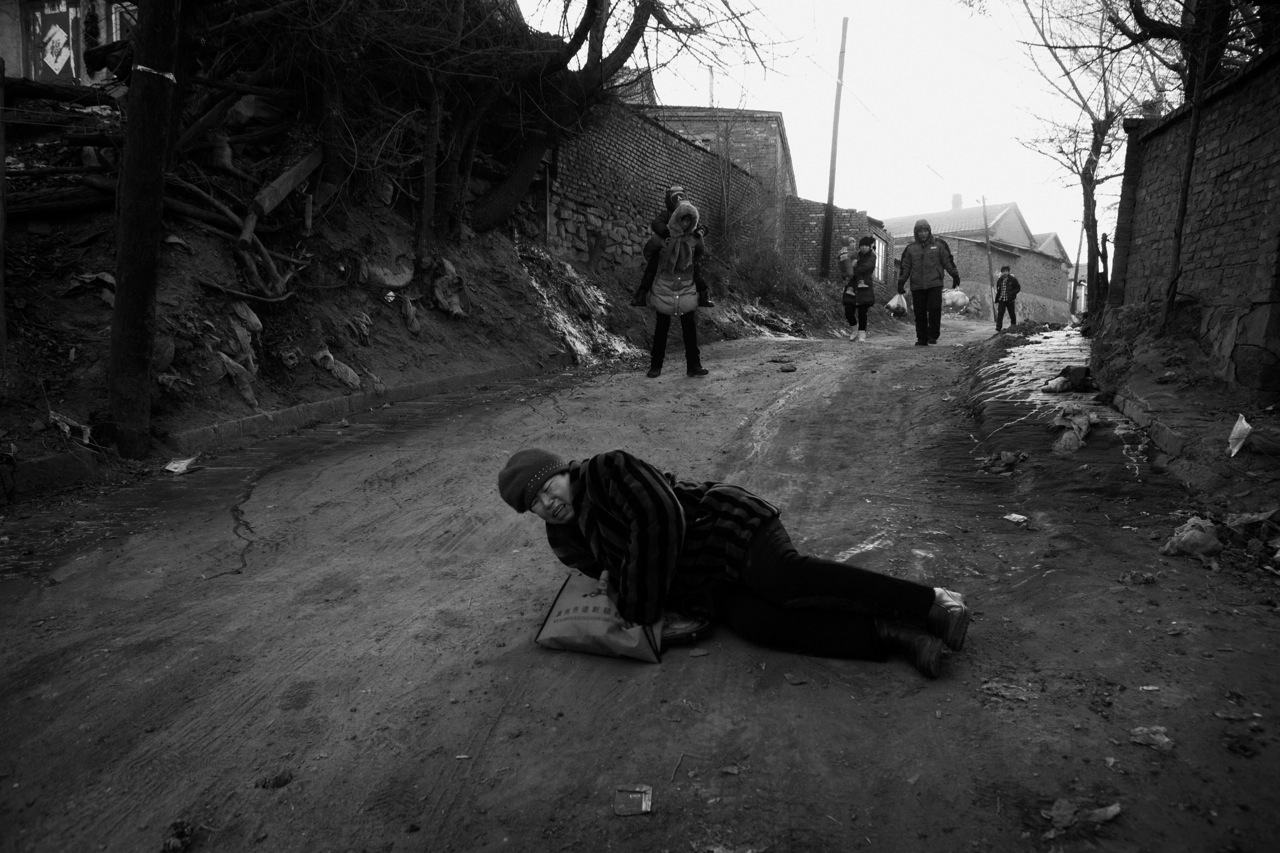 In the frigid remote town of Jixi, Heilongjiang Province, in China's North East, in the temperature of minus 20 C or minus 4 F or so, a woman slipped down, hurting severely, since the unsealed downhill street was frozen.