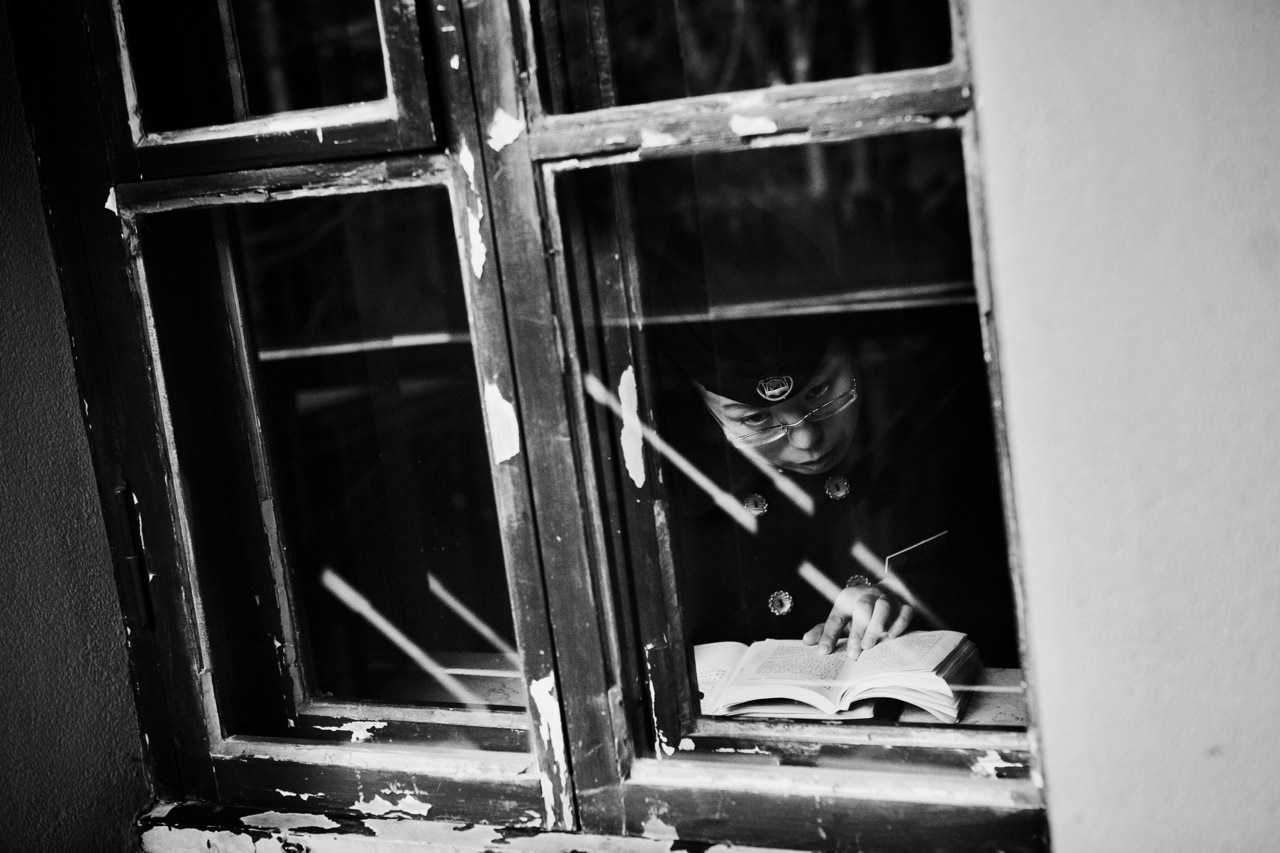 A female security is absent minded during reading at the former Imperial Palace of Manchukuo, or the Manchu State, where Manchukuo emperor Puyi, or China's last emperor of the Qing dynasty before the throne, stayed as Japanese puppet from 1932 to 1945. After the fall of Manchukuo, the palace was damaged when Soviet troops looted the city of Changchun. Afterwards, the structures were preserved and opened as the Museum of Imperial Palace of Illegitimate "Manchu State" . Changchun, Jilin province, China's North East.

China\'s North East was once called Manchuria. The region was at a crossroads that was manipulated in history, including the occupation by Russia and Japan. And now the area is facing upheavals due to the globalization with China’s rapid economic growth itself, creating the gap between the rich and the poor and even more unemployment.