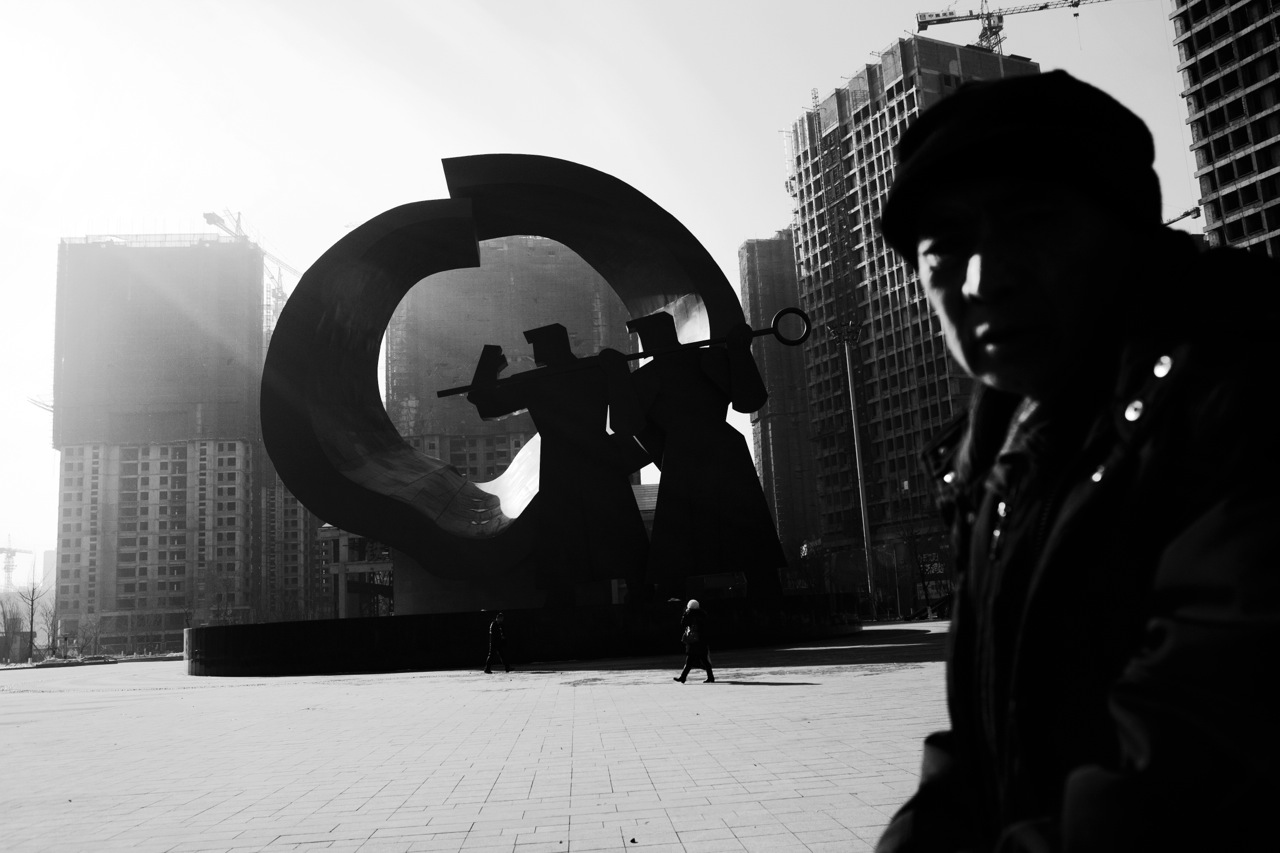 An unemployed man stays at a memorial park of Tiexi District in Shen Yang, Liaoning province, in China's North East that used to have many of the government owned iron factories and houses for workers. But due to the malfunction, many of the factories were closed, creating many unemployment people. Now that district has been turning to high-rise residential buildings with often hearing about unfair land grabs.