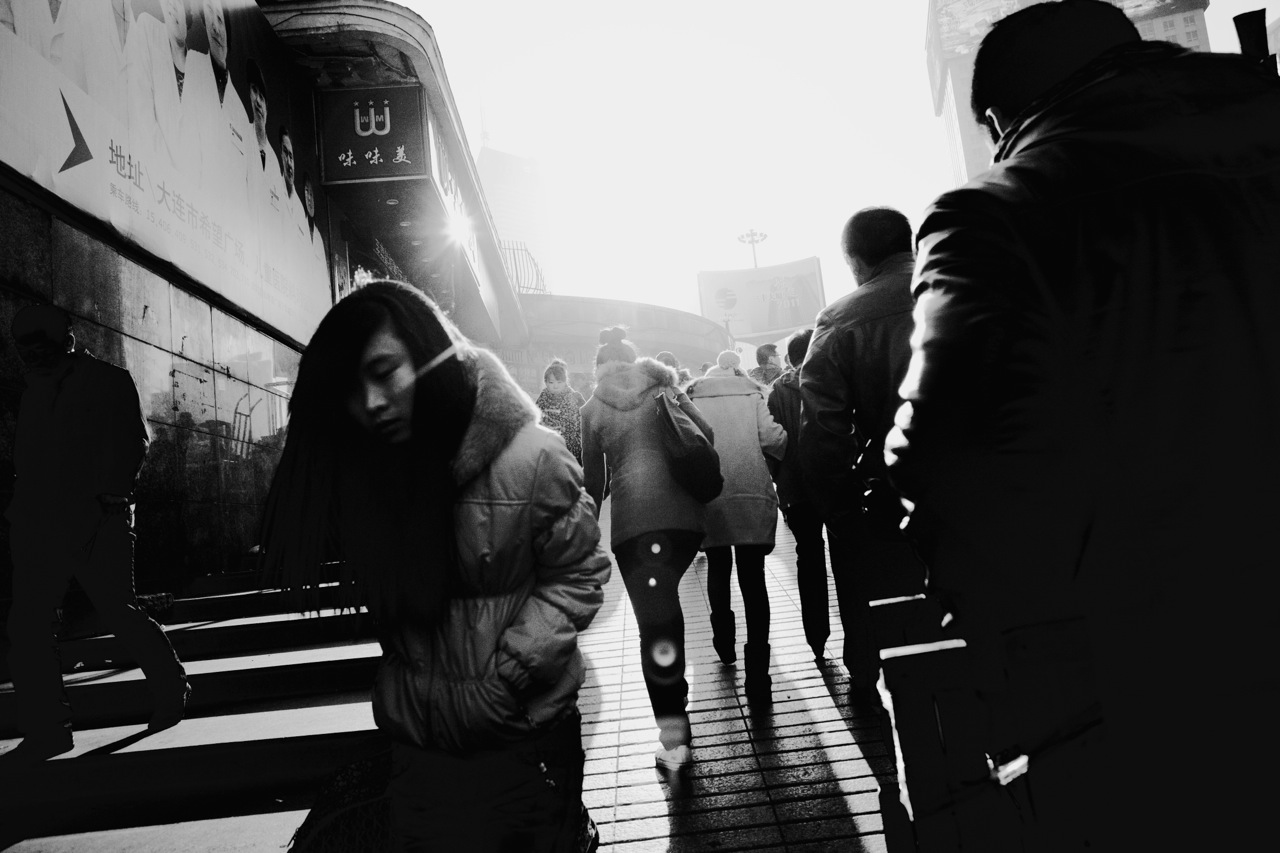 Morning commuters of Dalian, Liaoning province, in China's North East, as the region faces a uneasy economic boom -- despite the increase of the general growth, the gap between the rich and the poor is growing.