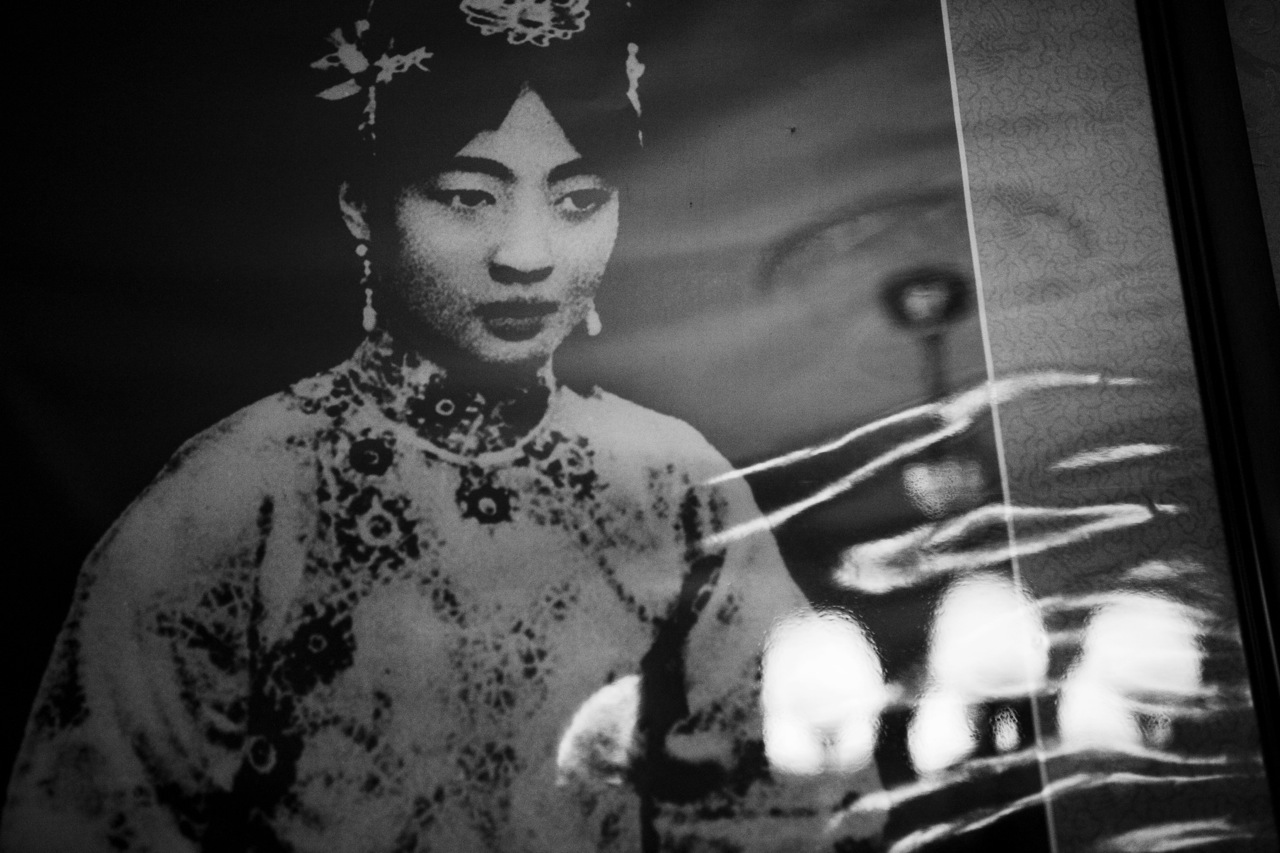 With the chandelier reflection, a photograph of Lady Gobulo (Empress Xiaokemin) remains at the former Imperial Palace of Manchukuo, or the Manchu State, where her husband, Manchukuo emperor Puyi, or China's last emperor of the Qing dynasty before the throne, stayed as Japanese puppet from 1932 to 1945. Changchun, Jilin province, China's North East.