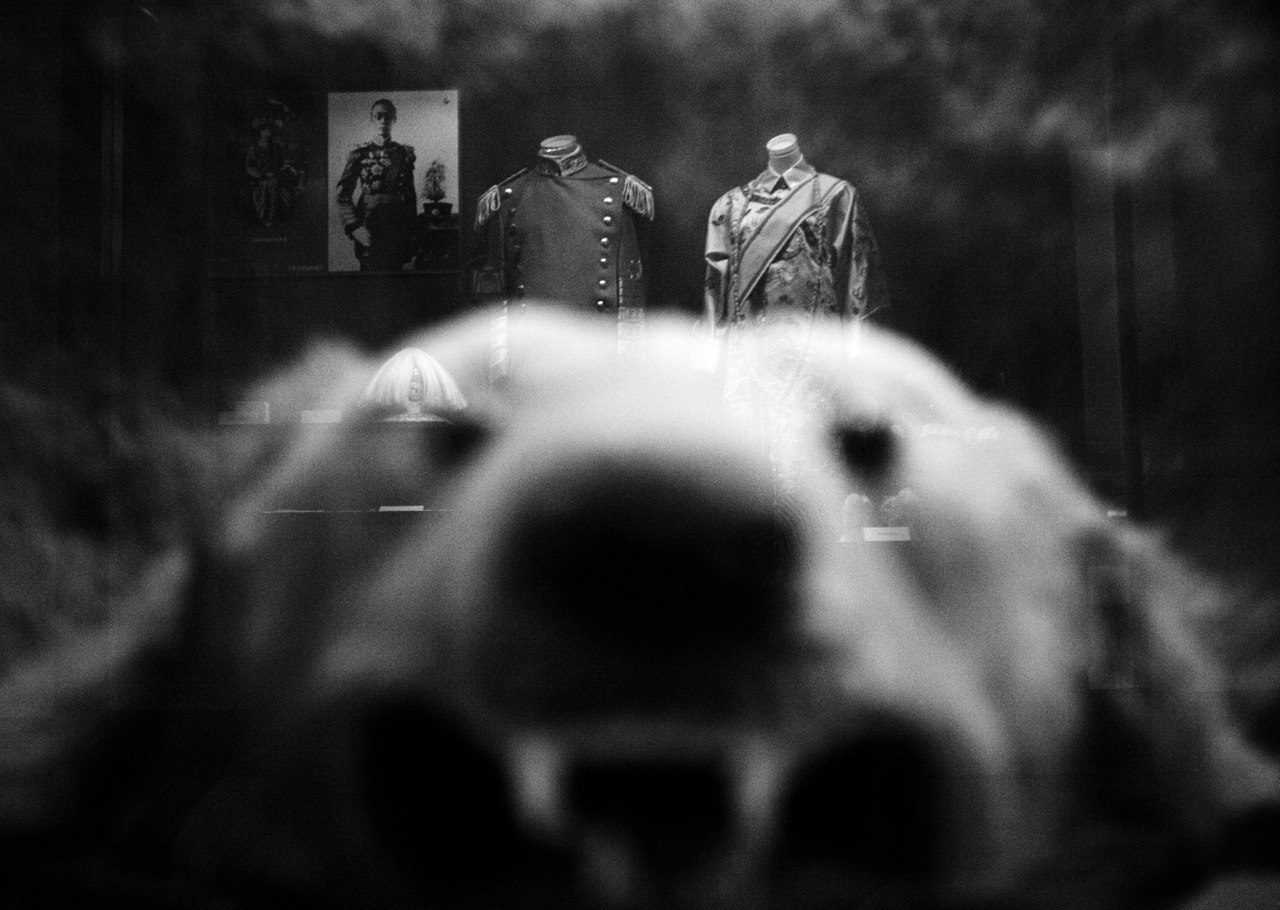 With the reflection of China's last emperor Puyi's photograph and his imperial uniforms, a hide of a polar bear remains at the former Imperial Palace of Manchukuo, or the Manchu State, where Puyi stayed as Japanese puppet from 1932 to 1945. After the fall of Manchukuo, the palace was damaged when Soviet troops looted the city of Changchun. Afterwards, the structures were preserved and opened as the Museum of Imperial Palace of Illegitimate "Manchu State" . Changchun, Jilin province, China's North East.